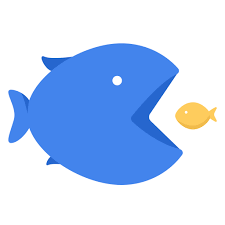 I’ve received a LOT of email, social media contacts, texts, and more over the last two days asking about the just-announced Microsoft acquisition of Activision.

Many people are asking me, “Does this mean there’s a chance that some of Sierra’s old games might make a comeback?” The quick, and only truthful answer I can give, is, “I don’t know.” If I were pushed for a bit longer answer I would supplement it by saying, “Probably not.”

And, if someone wanted an even longer answer, I might say…

There are some products that Sierra had which might have significant revenue potential, and that I do think Microsoft should take a look at. For example: The Incredible Machine, Aces Of The Pacific, Red Baron, King’s Quest, Dr. Brain, EcoQuest, Johnny Castaway, Laura Bow, Quest for Glory, Mixed Up Mother Goose, Trophy Bass, Driver’s Training, 3d Ultra Pinball, You Don’t Know Jack, etc.

Some of the better properties were apparently sold off or allowed to slip out of Sierra’s grasp after the company was sold: Nascar Racing, Hoyle’s Card Games, Half-Life, Leisure-Suit Larry.

It is possible that Sierra’s old series will never be brought back simply due to a lack of clarity over rights. My guess is that Activision isn’t 100% sure exactly what Sierra intellectual property it owns. I doubt any of the old artwork or source code was carefully preserved. Maybe it was? I really don’t know, but my sense is that Sierra went through a period, maybe even several periods, of anarchy after the company was sold and I left.

There is a market for some of Sierra’s old products. But I don’t know if it is a big enough market for Microsoft to be interested. And realistically, there’s a great argument that “times have changed.” Most of Sierra’s products were designed for a world that doesn’t exist anymore. The game we’re now working on is a traditional game, and very fun to play, and Sierra fans will cherish the game. It will bring back a lot of great memories for everyone and is the right game for Roberta’s and my “comeback.”

But, to the extent Roberta and I get to the end of this project and feel we have another product (or more) in us, I’d start by thinking about where the future of interactive entertainment is going and not worry about where it has been. I suspect this would mean giving some thought to the whole rapidly evolving concept of a Metaverse. I am starting to visualize how the Metaverse might evolve and where there might be opportunities to push the envelope. That said, I’m deliberately forcing myself not to think beyond the end of this game. We’re building a great game and I need to avoid distractions, or we’ll never finish it.

Anyway, back to the game. Lots of debugging to do!